A report published in Industrial Safety and Hygiene News estimated that, on average, there are 30,000 arc flash incidents every year. The report went on to estimate that those incidents resulted in an average annual totals of 7,000 burn injuries, 2,000 hospitalizations, and 400 fatalities per year. 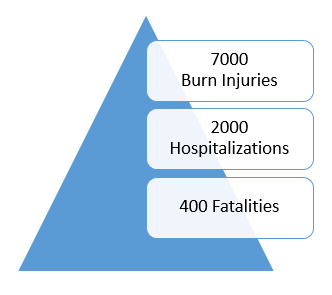 According to the Electrical Safety Foundation International.

"An arc flash is a sudden release of electrical energy through the air when a high-voltage gap exists and there is a breakdown between conductors."

Arc flashovers cause electrical equipment to explode and can create a plasma fireball with temperatures as high as of 35,000° F (For reference, the surface of the sun is 9000° F).

These extreme temperatures cause rapid heating of surrounding air and extreme pressures, resulting in an arc blast. The arc flash/blast can vaporize all solid copper conductors as they expand up to 67,000 times the original volume. Arc flashes produces fire, intense light, pressure waves, and flying shrapnel. 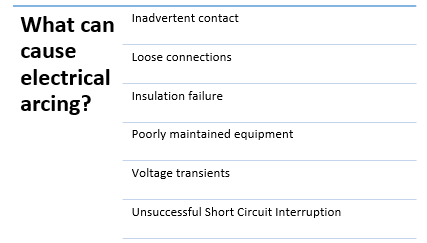 We had previously written an article about the importance of Arc Flash Hazard Analysis. If you haven’t checked it out, please click below. It will help you to grasp the information available in this article easily.

An incident involving an arc flash and/or electrical explosion can expose people to levels of energy that could lead to severe burns or death. 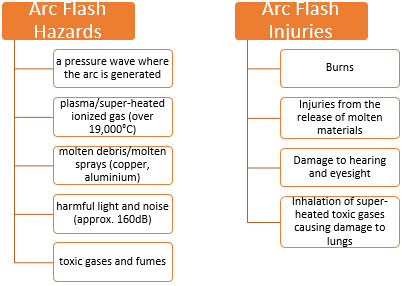 In this article, we will look at some notable arc flash incidents that have occurred recently, their causes and their dangerous outcomes.

On the night of December 27, 2018, an electrical flash at a Con Edison substation in Astoria, Queens temporarily lit up the New York skyline in a brilliant aqua blue. The event was extensively covered in social media.

Most reports, including those put out by the NYPD, attributed the pulsating display to a transformer explosion. Residents flooded the streets and prepared to flee, fearing the ominous glow might portend an alien invasion, or the end of the world. 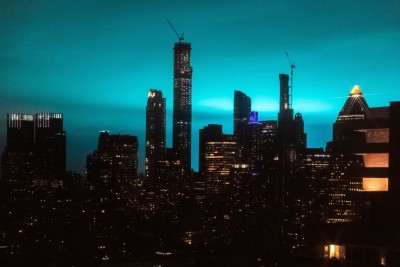 Luckily, Con Edison put out a statement to illuminate the extraordinary event. The incident had been traced to a 138,000 volt coupling capacitor potential device that malfunctioned and resulted in an arc flash. Electricity jumped a gap between two parts of a circuit, causing a spark to ionize the air.

This resulted in a huge release of heat and light.

During an arc flash, temperatures can reach as high as 35,000 degrees Fahrenheit. So while the New York skyline was bathed in neon blue, a small section of Queens became momentarily hotter than the sun!

The spectacle was visible from as far as Manhattan and New Jersey. LaGuardia Airport, Rikers Island and some hospitals reported their systems switched to a backup generator during the transmission disturbance. At LaGuardia, the Federal Aviation Administration instituted a 45-minute ground stop. The subway system's 7 line was off line for about 30 minutes while track equipment was reset.

Fortunately, there were no injuries, no fire, no evidence of extraterrestrial activity, and all major transmission lines were restored the next morning.

At Yallourn Power Station in Australia, Victorian worker Graeme Edwards was working on a generator unit after an outage, when a high-voltage circuit breaker exploded. Graeme Edwards, a unit controller with more than 30 years of experience, was critically injured during the arc flash explosion.

On the afternoon of November 12, Mr. Edwards was re-installing a 6600V circuit breaker when it turned on for some reason and generated an arc flash. The installation procedure, known as racking, is a routine job, but potentially hazardous. Because he was standing in front of the unit he received the full force of the blast, which ignited his clothes.

Edwards was exposed to an arc flash, electrical explosion, molten debris and super-heated gasses. He was rushed to the hospital, but expired a day later after succumbing to significant burns to most of his body in the explosion.

After the tragic incident, workers at Yallourn Power station spoke up about Energy Australia's lack of safety provisions, and refused to operate the circuit breaker in unit four until their safety was guaranteed. Workers at the facility were not provided with up-to-date protective gear, including arc flash suits. Union secretary Geoff Dyke said an aging plant, poor maintenance, and a "disregard" for safety have led to the high rate of failures, including electrical fires and transformer explosions.

After the incident, the plant owner ensured that risk assessments were being conducted and that all safety controls were reviewed prior to resuming work. WorkSafe Victoria put some restrictions on work at the site, including bans on operating electrical switch gear unless the boards are powered down.

In February 2018, an electrician went to install a new power supply in a wall-mounted, low voltage (415 V) switchboard to provide three-phase power for an electric motor. The switchboard was still live and, as he tried to remove an existing circuit breaker with a screwdriver, an arc flash occurred.

The cause of the arc flash was a short circuit that took place while working on the live switchboard.

Investigation into the incident revealed that an inadequate risk assessment was conducted before carrying out the live electrical work. Moreover, there were inadequate fault protection devices upstream of the switchboard, and inadequate personal protective equipment (PPE) was worn.

The electrician received thermal burns to his face, hands and upper body. His assistant also received burn injuries and both workers were temporarily blinded.

Each year, there are incidents where workers have been exposed to risks associated with working near electrical assets. Businesses are reminded of their duty to ensure that no person at the workplace comes within an unsafe distance of an electric line. Regular risk evaluations can play a large role in prevention, as well as proper warning signage along with infrared monitoring and employee training.

What are The 7 Important Steps to Perform An Arc Flash Study? - 2019 Important Guide!