What is Current Transformer & Why is it used?

Current Transformer is an 'instrumentation' transformer which steps down high values of currents to lower values.

As evident from their name, Instrumentation transformers are used to isolate the instrumentation devices from high voltages and currents to facilitate the measurement of electrical quantities.

The construction of a Current Transformer is very similar to a normal transformer.The core of the current transformer is built up with lamination of silicon steel. 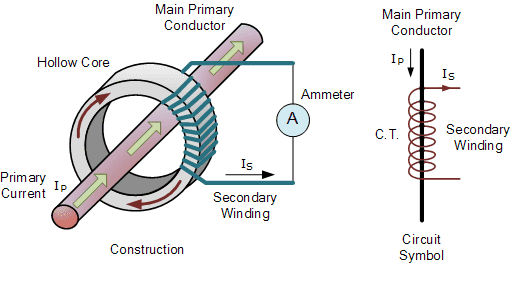 The secondary coil of the current transformer is made up of a large number of turns of fine wire having a small cross-sectional area. This is usually rated for 1A or 5A.

Hello there! On a related topic, we previously wrote a blog about Transformers — Its Working, Construction, Types, and Uses. If this peaks your interest, check it out and let us know what you think

Not only does the construction of current transformer similar to a regular transformer but the working principle is same as well.

Current Transformer used for metering andindicating circuits are popularly termed as Measuring CT.They have a low saturation point. In case of a fault, the core will become saturated and the secondary current will not damage the measurement devices connected to it.

Current Transformer used in conjunction with protective devices is termed as Protection CT. The purpose is to detect fault currents in the system and pass on the signal to relays. Since it operates on current values higher than its rated value, its core has a high saturation point.

This type of current transformer uses the actual cable or bus-bar of the main circuit as the primary winding, which is equivalent to a single turn. They are fully insulated from the high operating voltage.

The transformers primary winding is physically connected in series with the conductor that carries the measured current flowing in the circuit.

These do not contain a primary winding. Instead, the line that carries the current flowing in the network is threaded through a window or hole in the toroidal transformer. Some current transformers have a "split core" which allows it to be opened, installed, and closed, without disconnecting the circuit to which they are attached.

In case of star connection, the polar side of the Current Transformers is connected to the equipment i.e. relay and the non-polar sides are shorted and then grounded. The neutral side may or may not be present in the three phase system. 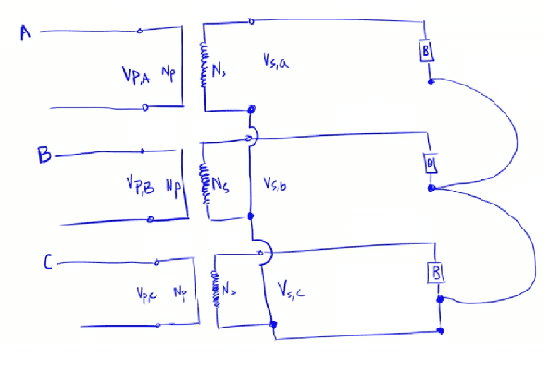 For a delta connection, the CTs are connected to each other in delta fashion, but the polarity of the CTs is kept in mind while making the connections.

It is a normal practice to connect the CTs in delta if it is on the transformer side connected in wye and vice-versa. 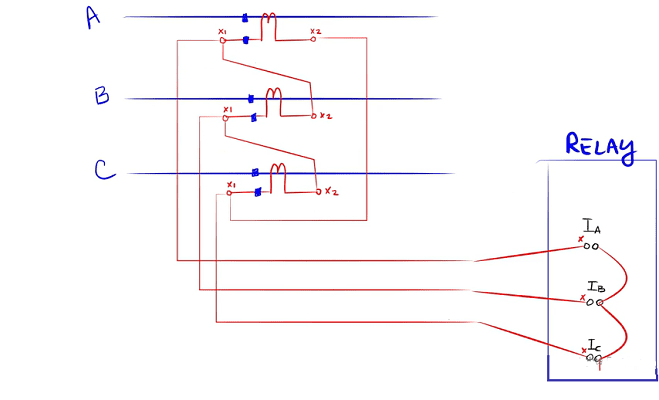 Like any other transformer, a CT also has a polarity. Polarity refers to the instantaneous direction of the primary current with respect to the secondary current and is determined by the way transformer leads are brought out of the case.

All current transformers are subtractive polarity. CT polarity is sometimes indicated with an arrow, these CTs should be installed with the arrow pointing in the direction of current flow.

It is very important to observe correct polarity when installing and connecting current transformers to power metering and protective relays.

The grounding of the current transformer is very important for the safety and correct operation of the protective relays.

Burden of a CT:

Current transformer burden is defined as the load connected across its secondary. It is generally expressed in VA(volt-ampere).

The burden is expressed in VA by multiplying the secondary current with the voltage drop across the burden (load) of the CT. A current transformer is divided into classes on the basis of accuracy which, in turn, depends on the burden of the CT. 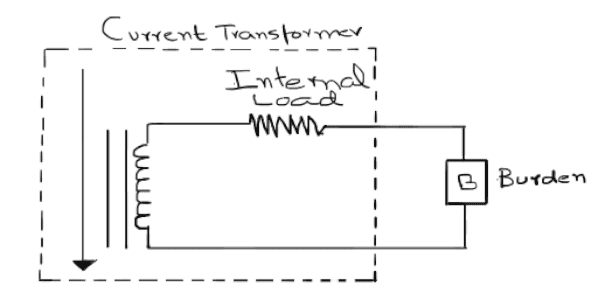 Errors in a CT:

The current transformer has two errors – ratio error and a phase angle error.

Where Ip is the primary current, Kt is the turn ratio and Is is the secondary current.

Phasor diagrams of an ideal and actual CT: ​

In an actual transformer, the windings have resistance and reactance and the transformer also has magnetizing and loss component of current to maintain the flux (see Figure 2). Therefore, in an actual transformer the ratio of current is not equal to the turns ratio and there is also a phase difference between the primary current and the secondary currents reflected back on the primary side. Consequently, we have ratio error and phase angle error. 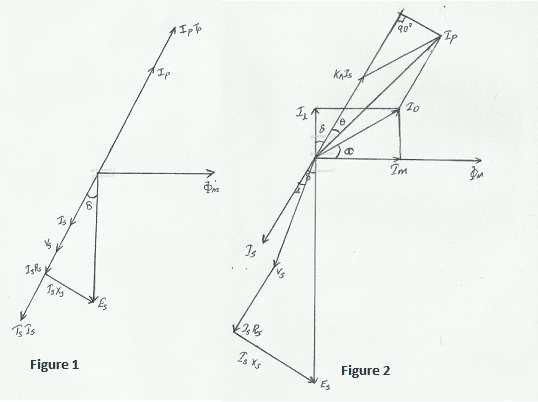 Rs, Xs = resistance and reactance respectively of the secondary winding,

Rp, Xp = resistance and reactance respectively of the primary winding,

θ = phase angle of the transformer

Φm = working flux of the transformer

α = angle between Io and Φm

Model of a CT:

The Current Transformer's modelling is just the same as any other transformer. The model of CT is as below: 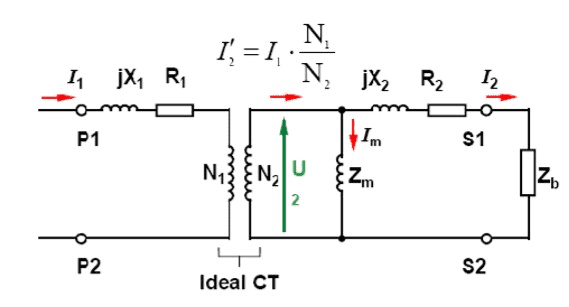 Its complete information about the Current Transformer. Thank you for sharing.