One of the most important parts of any facility is the electrical distribution system.

Nothing will stop all activity, halt production, cause inconvenience and possibly panic, more than a major power failure.

Selective coordination is critical for the reliability of the electrical distribution system.

What is Selective Coordination?

According to the NEC, selective coordination means that the fuse or circuit breaker closest to the fault opens up without opening up the fuse or the circuit breaker that feeds it (from the upstream side). So you won't have blackout conditions that can occur if there is a fault somewhere downstream.

Article 100 of the NEC defines this as:

Localization of an over-current condition to restrict outages to the circuit or equipment affected, accomplished by the choice of over-current protective devices and their ratings or settings.

Selective Coordination is actually mandated by the NEC for things like emergency systems, standby systems, elevator circuits, healthcare facilities and, as was added in 2005, critical operation power systems, which is for buildings that must operate during national emergencies.

NEC Selective Coordination is required for:

We had previously written an article about the importance of Arc Flash Hazard Analysis. If you haven't checked it out, please CLICK HERE. It will help you to grasp the information available in this article easily.​

What would happen if you do not have Selective Coordination?​ 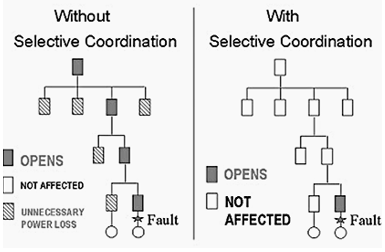 If you had an arc flash or a short circuit that occurred downstream, and you did not have a selectively coordinated system, the fault would propagate up. It would open up the fuse or circuit breaker upstream, and eventually open up the main fuse feeding the whole building. So if you're not selectively coordinated, the whole building can face a blackout, and you would not be able to identify where the problem or fault is. This is a very difficult position for troubleshooting.

What happens if you have a Selectively Coordinated system?​

If you have a fault occurring at some point, then just the fuse or circuit breaker that feeds that circuit will open up and will leave everything else operating. So you won't have a blackout condition, the rest of the building is up and running, and you can quickly identify the problem and fix it.

There are several other benefits of Selective Coordination. A Selectively Coordinated system:

1. For fuse systems, 600V or less, use the published selectivity ratios (presented in the next section). The ratios apply for all overcurrent conditions including overloads and short-circuit currents. Using the fuse selectivity ratio method is easy and quick. There is no need to use time-current curves.

2. Computer programs allow the designer to select time-current curves published by manufacturers and place curves of all OCPDs of a circuit on one graph. However, simply plotting the curves does not ensure selective coordination. The curves must be analyzed and interpreted properly in relation to the available fault currents at various points in the system.

3. Overlays of time-current curves, with the manufacturers' published data, are hand traced on log-log paper. Proper analysis and interpretation are important in this case, also.

Regardless of which method is used, a thorough understanding of the time-current characteristic curves of overcurrent protective devices is essential to provide a selectively coordinated system.

For fuse systems, verification of selective coordination is quick and easy, merely adhere to fuse ampere rating ratios as indicated by the manufacturer.

However, if you were to change the load of the 30A fuse to an RK-5 fuse rather than an RK-1 fuse, then according to the chart, you now have to maintain an 8:1 ratio. In other words, the rating of the downstream fuse is required to be 8 times less than the upstream fuse. 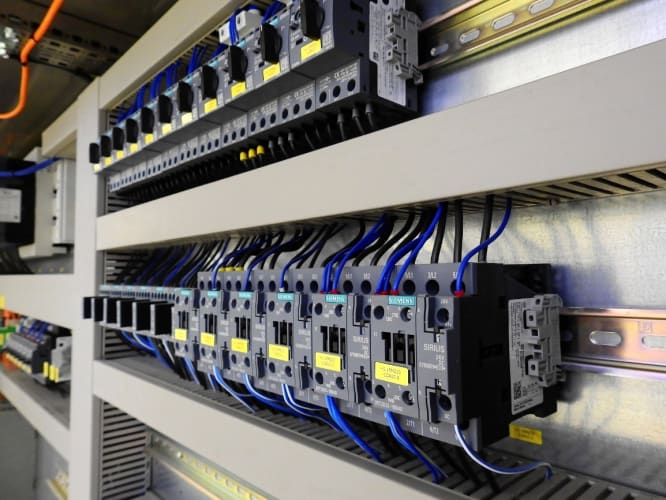 Some judiciaries require selective coordination up to 0.01 seconds whereas some might allow it to go up to 0.1 seconds. Therefore, it is important for the engineer to consult with the judiciary before moving ahead with the analysis.