In this article, we will be discussing power factor in detail including its significance, adversity,
calculations and a few methods for improving power.

​Power Factor can be defined as the ratio between Real Power (Watts) and Apparent Power (VA). In simplerwords, it tells how effectively your device utilizes electricity. We already know that the apparent power is the combination of Real power (kW) and Reactive power (kVAR).

Formula for calculation of PF: 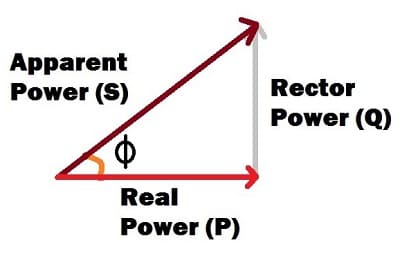 A simple diagram can be illustrated to understand Power Factor considering the following analogy. The combination of drinkable beer(kW) and foam (kVAR) inside the mug represents the Apparent Power (kVA). That said, Power Factor is simply the ratio of Real Power (kW) to Apparent Power (kVA) and is represented by the following formula: PF = kW / kVA. Using our beer analogy, you can write the formula like this: 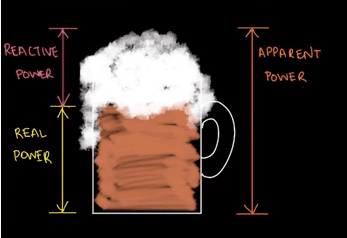 Power Triangle of an AC Circuit:

​The power factor is calculated as the ratio of the Real Power to the Apparent Power as the ratio equals cos(Φ).

​Low Power Factor is majorly caused by the huge inductive load which causes the reactive power to increase in magnitude, ultimately dropping the power factor. As discussed above, the lower power factor doesn't allow effective usage of electric power. From an industrial point of view, this low power factor results in the following causes.

​The main cause of the low Power factor is Inductive Load. Current lags 90° from the voltage in a purely inductive circuit. This huge difference in phase angle between current and voltage causes zero power factor.

All circuits having capacitance or inductance have a power factor due to a difference of phase angle (θ) between current and voltage. An exception to this rule are resonance circuits (also called tuned circuits), where inductive reactance is equal to capacitive reactance (XL = Xc), so the circuit becomes a resistive circuit.

Following are the causes of low Power factor:

2. Varying Load in Power System (when the power system is lightly loaded, the ratio of real power to reactive power is reduced, resulting in a decreased power factor). 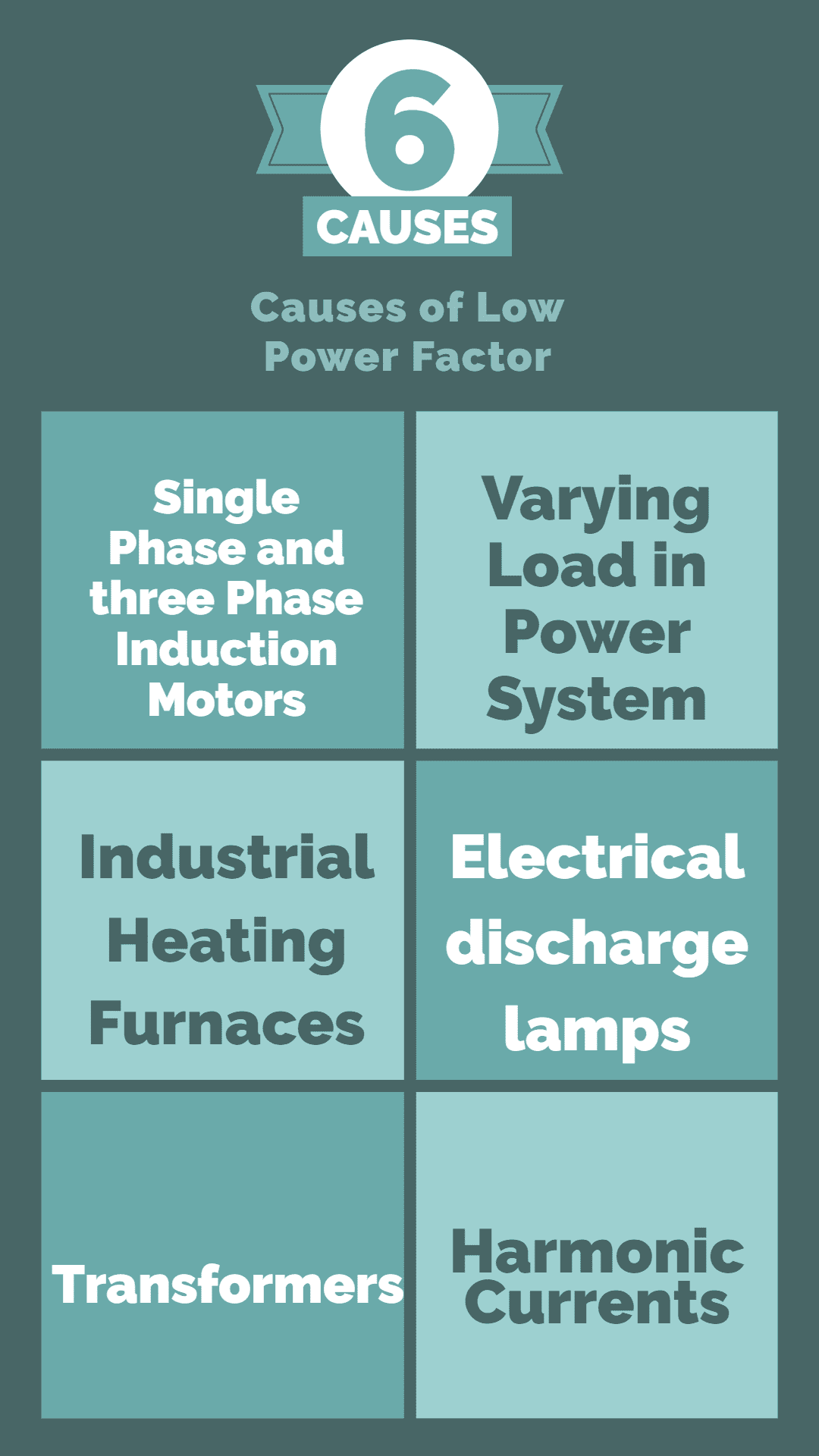 Since power factor is the ratio of active power and apparent power, it has no unit. That said, it is the quantitative measure of how much effective power is being used, without a unit.

It is imperative to know that power factor is only calculated for AC currents and circuits both for single phase and threephase. Following are some of the helpful formulae which can help in calculating the power factor of single and three phase circuit. 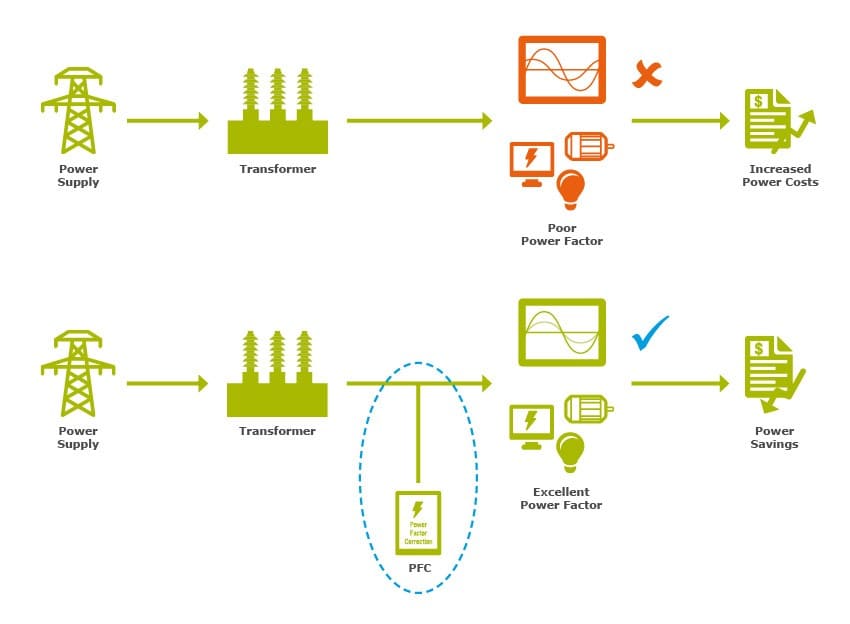 ​ Low Power Factor can be a problem for both consumers and generating utilities/stations, thus its improvement is vital for both:

​The useful output of a power station is the kW output delivered by it to the supply system. Sometimes, a power station is required to deliver more kW to meet the increase in power demand. This can be achieved by either of the following two methods:

​Knowing about power factor is very crucial for any electrical power system as it tells the amount of power wasted (Reactive Power) and consumed (Real Power) by it. Taking corrective measures will result in reduced power losses, increased voltage stability and eventually result in lowering the electric utility bills.

Load Flow Analysis by AllumiaX
What is Load flow?Load flow, also known as Power Flow Analysis, is an essential method to examine the problems occurring in the power systems network or grid.Load flow Analysis is performed to determi...
401 Hits
0 comments
Read More

Short Circuit Calculations – Infinite bus method
Short Circuit​The short circuit is essentially an abnormal condition within a power system in which a heavy amount of current flows through the circuit. A short circuit usually occurs a...
374 Hits
0 comments
Read More

Lockout Tagout
Lockout-Tagout BasicsAs stated by the Occupational Health and Safety Administration OSHA, Lockout Tagout or LOTO is a set of specific practices and procedures to safeguard employees from the unexpecte...
335 Hits
0 comments
Read More

Surge Protection Devices — Types | Role | Importance
With the expansion of electric power in today's world, electrical power systems are exposed to many critical conditions like overvoltages and voltage surges due to lightning strikes or abrup...
258 Hits
0 comments
Read More