Power flow, or load flow, is widely used in power system operation and planning. The power flow model of a power system is built using the relevant network, load, and generation data. Power engineers are required to plan, design, and maintain the power system to operate reliably and within safe limits. Numerous power flow studies are required to ensure that power is adequately delivered at all time despite normal load fluctuations and undesirable events such as contingencies. Daily fluctuations in the power system operations cause power flow mismatches at busbars. As a result, the busbars voltage magnitude and angle adjust instantly until an equilibrium is reached between the load and the transmitted power. This new equilibrium point can also be obtained from simulation using power flow methods.

Outputs of the power flow model include voltages at different buses, line flows in the network, and system losses. These outputs are obtained by solving nodal power balance equations. Since these equations are nonlinear, the following iterative techniques are commonly used to solve this problem.

Power flow studies consist in determining the voltage magnitude and angle at each busbar until there is an equilibrium in active and reactive power at which point power mismatches are insignificant. Calculating the final values of the busbars voltage is not always straightforward especially for heavily loaded and complex systems.

The starting point of solving power flow problems is to identify the known and unknown variables in the system. Based on these variables, buses are classified into three types: slack, generation, and load buses as shown in the following table: 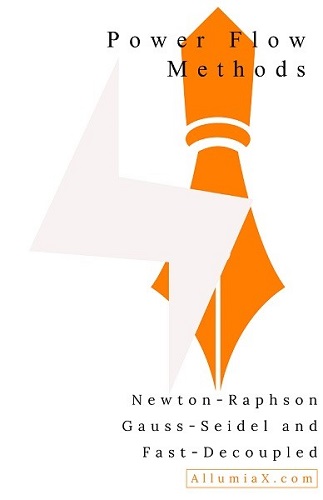 Newton Raphson method is a numerical technique for solving non-linear equations. It is often classified as iterative root finding scheme. The reason it is called root finding is, it is geared towards solving equations like f(x)=0 (or f(x)=0). The solution to such an equation, call it x* (or x*), is clearly a root of the function f(x) (or f(x)). The first order Newton-Raphson (NR) method is considered as the state of the art for power flow calculations. This method has been widely used in industry applications.

A key aspect to this type of procedure is the way we obtain the update. If we can guarantee that the update is always improving the solution, such that the "new" solution is in fact always closer to the correct solution than the "old" solution, then such a procedure can be guaranteed to work if only we are willing to compute enough updates, i.e., if only we are willing to iterate enough times. 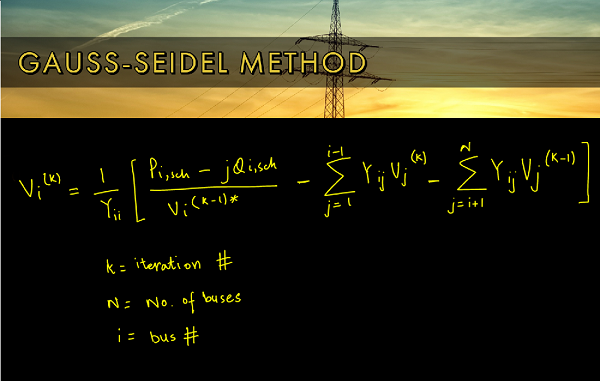 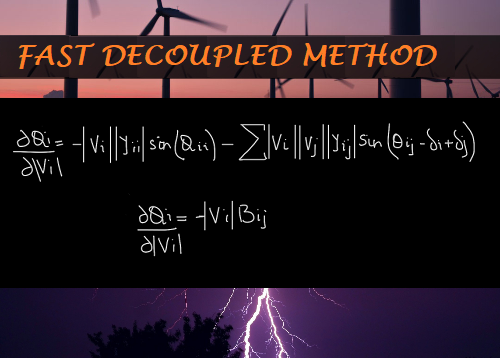 As the size of matrix becomes very large for a big bus system so for faster and less memory allocation, we prefer decoupled load flow where we take P independent of V and Q Independent of δ, and thus those Jacobian elements are taken as zero.

Particularly in large systems with heavy loading the relatively small error in the state variables may cause larger errors in real and reactive power flow, but these errors are small in comparison with the line ratings. The accuracy of the solution is a controllable parameter and it can be improved by using a smaller convergence tolerance. ​

Comparison of the Load Flow Methods

There are a number of very high-quality commercial power flow programs on the market today, some of which include those developed by the Electric Power Research Institute (EPRI), Power Technologies Incorporated (PTI), Operation Technology, Inc., and EDSA. Most of today's commercial software packages are menu-driven from a Windows environment. Few of the commonly used software are discussed briefly as below:

Thanks for sharing nice information this will really helpful for me.

0 Cancel Reply
Thanks for sharing nice information this will really helpful for me.
Cancel Update Comment
Load More

AC vs. DC Which is more Dangerous?
Many people argue over the intensity of AC and DC. Let us help you find out which of the two is more dangerous and why.We will further discuss the reasons of electric shock, dangerous levels of ac and...
430 Hits
0 comments
Read More

Load Flow Analysis by AllumiaX
What is Load flow?Load flow, also known as Power Flow Analysis, is an essential method to examine the problems occurring in the power systems network or grid.Load flow Analysis is performed to determi...
263 Hits
0 comments
Read More